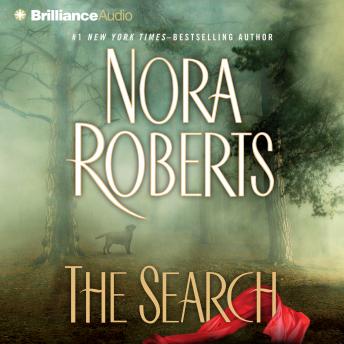 To most people, Fiona Bristow seems to have an idyllic life — a quaint house on an island off Seattle’s coast, a thriving dog-training school, and a challenging volunteer job performing canine search and rescue. Not to mention her three intensely loyal Labs. But Fiona got to this point by surviving a nightmare.

Several years ago, she was the only survivor of a serial killer — a madman who stalked and abducted young women, strangled them, and left them buried with a red scarf on their bodies. As authorities were closing in on the Red Scarf Killer, he shot and killed Fiona’s cop fiancé and his K-9 partner.

On Orcas Island, Fiona has found the peace and solitude she needed to rebuild her life. Yet all that changes on the day Simon Doyle barrels up her drive, desperate for her help. He’s the reluctant owner of an out-of-control puppy, foisted upon him by his mother. Jaws has eaten through Simon’s house, and he’s at his wit’s end.
To Fiona, Jaws is nothing she can’t handle. Simon is another matter. A newcomer to Orcas, he’s a rugged and intensely private artist, known for creating exquisite furniture. Simon never wanted a puppy, and he most definitely doesn’t want a woman. Besides, the lanky redhead is not his type. But tell that to the laws of attraction.

As Fiona embarks on training Jaws and as Simon begins to appreciate both dog and trainer, the past tears back into Fiona’s life. A copycat killer has emerged out of the shadows, a man whose bloodlust has been channeled by a master with one motive: to reclaim the woman who slipped out of his hands. . . .

This title is due for release on July 6, 2010
We'll send you an email as soon as it is available!