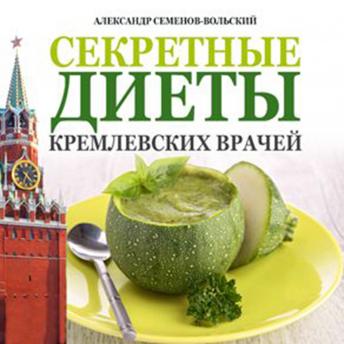 Kremlin's doctors have always sought to ensure that their high-ranking patients look good and lead a healthy lifestyle.

During the Soviet era, doctors developed over a period of several years special diets based on products containing a large number of nutrients. However, such products were not available to the average inhabitant, since they simply were not on the shelves of Soviet shops. Now all the culinary ingredients can be found in any hypermarket and cook, for example, favorite dishes of Stalin, Lenin or Brezhnev.

From this audiobook you will learn all the secrets of the Kremlin cuisine, as well as various therapeutic dietary techniques, through which the top leadership of the country was treated and "lost weight." Here you will also find a lot of interesting facts about taste habits and favorite dishes of the powers that be.

This title is due for release on August 2, 2017
We'll send you an email as soon as it is available!