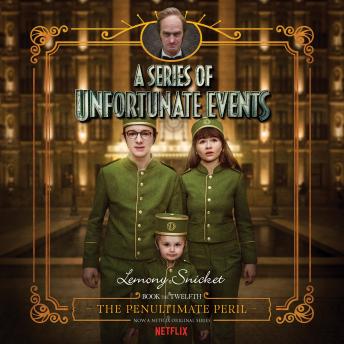 A Series of Unfortunate Events #12: The Penultimate Peril

Very little is known about Lemony Snicket and A Series of Unfortunate Events. What we do know is contained in the following brief list:


- The books have inexplicably sold millions and millions of copies worldwide
- People in more than 40 countries are consumed by consuming Snicket
- The movie was as sad as the books, if not more so
- Like unrefrigerated butter and fungus, the popularity of these books keeps spreading

Even less is known about book the twelfth in this alarming phenomenon. What we do know is contained in the following brief list:


- In this book, things only get worse- Count Olaf is still evil- The Baudelaire orphans do not win a contest- The title begins with the word ‘The’

This title is due for release on October 18, 2005
We'll send you an email as soon as it is available!