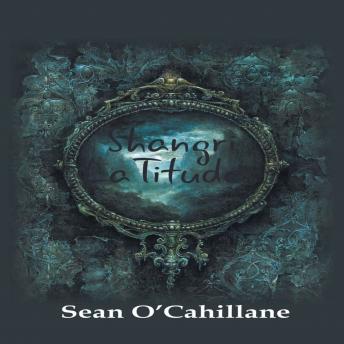 The Shangri LaTitudes of the title are not some imaginary abodes in the clouds, above and beyond ordinary reality. These latitudes are the ones which lie where the paths of Truth and Beauty cross, forming quadrants where each sub-subject comingles to form fresh ruminations, not unlike those from Rumi, not unlike Four Quartets by Eliot, though using forms unfamiliar to either poet. There are four rooms in the human heart, each one its own experiential zone where passions move around, up down and around within the stream of consciousness, as well as stirring the subconsciousness. Perhaps the latter ruminations form the greater portion of the poems in this selection. This is a book of brief poems deliberately constructed for easy reading, brief pieces that can be picked up and put down within a few moments. One or two poems may take longer to digest, but hopefully the same intensity of feeling will be there, like a bonsai arriving at your coffee table, all trim, newly in flower.

This title is due for release on July 3, 2022
We'll send you an email as soon as it is available!