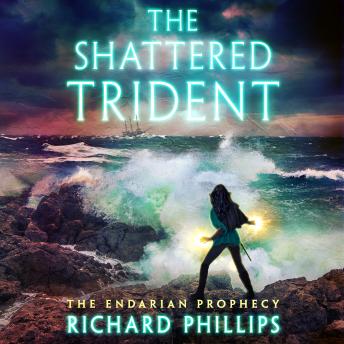 When the world’s greatest evil is resurrected, one young woman is challenged to bury it once and for all.
What chance does a young woman stand against the world’s supreme evil? Lorness Carol Rafel was prophesied to destroy the unfathomably dangerous Kragan. But as the magic wielder’s monstrous horde marches on Endar Pass, razing everything in its wake, Carol fears that Kragan is not only unstoppable but that he has risen from his tomb more powerful than ever.
For Kragan, knowing the millennia-old prophecy is his greatest weapon. He has shielded himself from attack with primordial and insidious magics that serve him well, and if he finds the fragments of an ancient trident, it will grant him godhood. Only one thing stands in his way: the woman foreordained to destroy him.
Now, stirred by visions of a doomed future, Carol and her companions must risk their very souls and sanity to defeat the tyrant mage. However, in the face of Kragan’s machinations, their seeming triumph over the enemy might seal the land’s catastrophic fate.