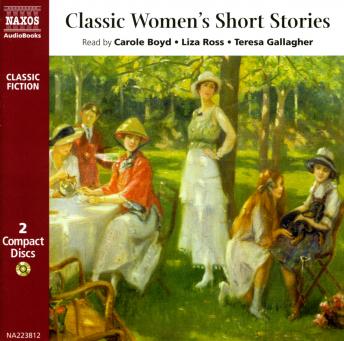 Five stories from influential women writers of the nineteenth century and the first decades of the twentieth century. New Zealand-born Katherine Mansfield settled in England where she wrote a series of short stories that are widely recognised as among the finest of the twentieth century for their economy, clarity, sensitivity and effect. 'The Garden Party' is one of her most famous, while 'Daughters of the Late Colonel' shows a wonderful sense of wit. Kate Chopin, writing in the last years of the nineteenth century, broke new ground with her daring view of women as individuals with human needs. 'Lilacs' and 'Ma'ame Pelagie' are sympathetic portraits of women with differing dilemmas. Woolf's 'A Mark on the Wall' shows, in short story form, the turmoil within the stillness which became such a mark of her later novels.

This title is due for release on December 21, 2001
We'll send you an email as soon as it is available!