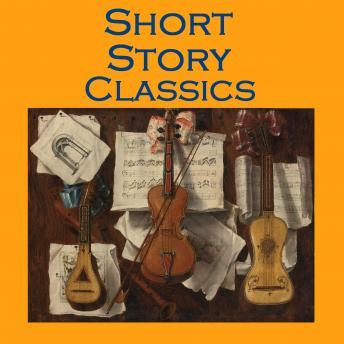 Short Story Classics: From the Great Storywriters of the World

A vintage collection of some of the greatest short stories ever written: "The Purloined Letter", by Edgar Allan Poe, "The Nose", by Nikolai Gogol,"The Story of an Hour", by Kate Chopin, "The Gift of the Magi", by O. Henry, "The Apparition of Mrs. Veal", by Daniel Defoe, "The Lifted Veil", by George Eliot, "Life of Ma Parker", by Katherine Mansfield, "The Baron", by Katherine Mansfield, "The Cask of Amontillado", by Edgar Allan Poe, "The Seventh Pullet", by Saki, "The Yellow Paint", by Robert Louis Stevenson, "The Sphinx Without a Secret", by Oscar Wilde, "The Boarded Window", by Ambrose Bierce, "Squire Petrick’s Lady", by Thomas Hardy, "The Dead", by James Joyce, "The Unknown Quantity", by O. Henry, "The Venturers", by O.Henry, "The One-Million-Pound Bank Note", by Mark Twain, "The Stolen White Elephant", by Mark Twain

Short Story Classics: From the Great Storywriters of the World

This title is due for release on May 20, 2013
We'll send you an email as soon as it is available!