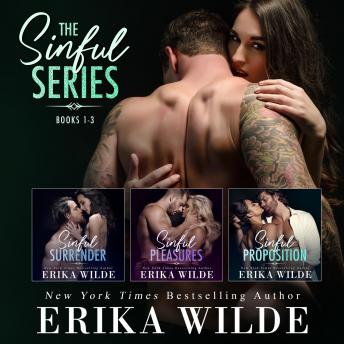 Rich and powerful, Maddux Wilder has built his empire with one thought in mind . . . exacting revenge against the man who killed his parents.  But he never planned for his enemy’s daughter, Arabella Cole, to offer herself in exchange for her father’s debt.  Innocent and captivating, Maddux can’t resist her allure, or the lust she stirs within him.

Elaina “Elle” Darien is gorgeous and driven, but her father’s death left her dealing with a wicked stepmother intent on sabotaging the family business.  After two years of constantly working, all she wants is one night for herself, and the Wilder Way Fairy Tale Ball promises to sweep her off her feet.

Tempest Wilder has lived a life of luxury but she’s intent on creating her own empire. Her newest venture, Wilder Things, is a boutique hotel with seductively themed rooms.

Remy Lowell has a troubled past, filled with abandonment and heartache. He’s worked his way up from nothing and is damn proud of that. But his latest contracting job is more provocative than expected and his new client has him thinking thoughts he shouldn’t.

This title is due for release on May 6, 2020
We'll send you an email as soon as it is available!