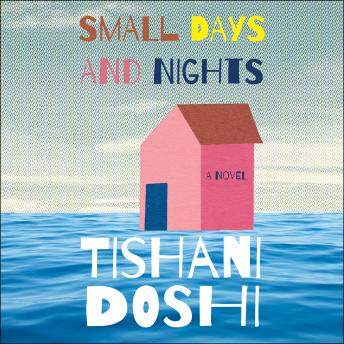 Escaping her failing marriage in the United States, Grace Marisola has returned to Pondicherry to cremate her mother. Once there, she receives an unexpected inheritance-a property on the isolated beaches south of Madras-and discovers a sister: Lucia, four years older, who has spent her life in a residential facility.

Settling into the pink house on its spit of wild beach, Grace builds a new and precarious life with Lucia, the village housekeeper Mallika, the drily witty Auntie Kavitha, and an ever-multiplying band of dogs, led by the golden Raja. In the lush wilderness of Paramankeni, with its vacant bus stops colonized by flying foxes, its temples shielded by canopies of teak and tamarind, Grace feels that she has come to the very end of the world. But her attempts to leave her old self behind prove first a struggle, then a strain, as she discovers the chaos, tenderness, fury, and bewilderment of life with Lucia.

In fierce, lyrical prose, Doshi presents an unflinching portrait of contemporary India, exploring the tensions between urban and rural life, modernity and tradition, duty and freedom. Luminous, funny, surprising, and heartbreaking, Small Days and Nights is a story of the ties that bind, the secrets we bury, and the sacrifices we make to forge lives that have meaning.