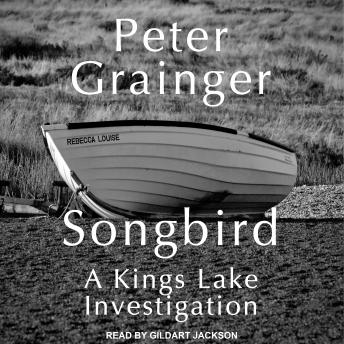 'He saw a bare arm first, the hand palm up with fingers curled inwards. Then he stopped and took a few breaths. He could hear the two constables making arrangements before they separated, one saying he'd bring the other some tape from the car, and then it was just the summer morning quiet again.'

Detective Sergeant Chris Waters got the call at 05.29 that July morning. This is it, said DCI Reeve, you'll be first there, it's all yours, you're the crime scene manager. Suddenly, after months of waiting and wondering, Waters finds himself in at the deep end, and alone at the scene of a puzzling murder.

As the investigation proceeds, the detectives at Kings Lake Central find themselves visiting familiar places and talking to some familiar faces, while old enmities reappear in the incident room. Before this is over, Chris Waters will need to make a career-changing decision, and another member of the CID team will find herself facing an unexpected challenge. And Smith? Gone but not forgotten? Surely, he would say, you cannot write me off with a worn-out cliche like that . . .