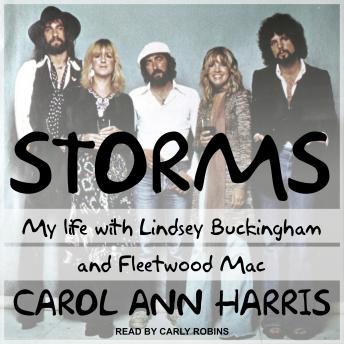 Storms: My Life with Lindsey Buckingham and Fleetwood Mac

A consummate insider as the girlfriend of Lindsey Buckingham, Fleetwood Mac singer and guitarist, Carol Ann Harris leads fans into the very heart of the band's storms between 1976 and 1984. From interactions between the band and other stars-Mick Jagger, Eric Clapton, and Dennis Wilson-to the chaotic animosity between band members, this memoir combines the sensational account of some of the world's most famous musicians with a thrilling love story. The parties, fights, drug use, shenanigans, and sex lives of Fleetwood Mac are presented in intimate detail. With the exception of one brief interview, Carol Ann Harris has never before spoken about her time with Fleetwood Mac.

Storms: My Life with Lindsey Buckingham and Fleetwood Mac

This title is due for release on January 22, 2019
We'll send you an email as soon as it is available!