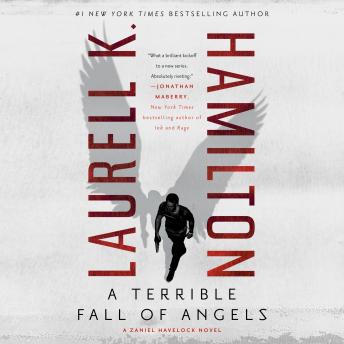 A Terrible Fall of Angels

Angels walk among us, but so do other unearthly beings in this brand new series by #1 New York Times bestselling author Laurell K. Hamilton.


Meet Detective Zaniel Havelock, a man with the special ability to communicate directly with angels. A former trained Angel speaker, he devoted his life to serving both the celestial beings and his fellow humans with his gift, but a terrible betrayal compelled him to leave that life behind. Now he’s a cop who is still working on the side of angels. But where there are angels, there are also demons. There’s no question that there’s evil at work when he’s called in to examine the murder scene of a college student—but is it just the evil that one human being can do to another, or is it something more? When demonic possession is a possibility, even angelic protection can only go so far. The race is on to stop a killer before he finds his next victim, as Zaniel is forced to confront his own very personal demons, and the past he never truly left behind.

The first in a new series from the author of the Anita Blake and Merry Gentry series.