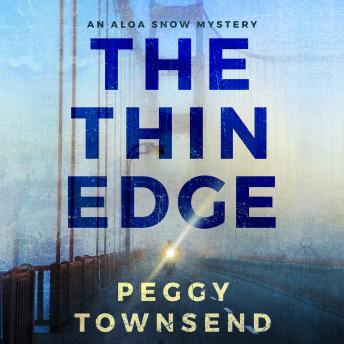 “An author to watch.” —The Associated Press
A high-profile murder becomes a life-and-death story for this reporter.
Disgraced crime reporter Aloa Snow is scrambling to get her life back on track by doing what she does best: investigating hard-to-solve cases. But the latest one is personal. The son of her friend Tick—aging anarchist, confidant, and unofficial colleague—has been accused of a high-profile murder. The victim is Corrine Daniels, ex-prosecutor and wife of a heroic but now-paralyzed FBI interrogator. Corrine had enemies, but she also had a secret lover in Tick’s son, who, without an alibi, is now directly in the cops’ crosshairs.
Luckily, Aloa’s got a lock on others who may have had a reason for murder—reasons that plunge her into a world of vigilante justice and a horrific, decades-old crime. It’s only when Aloa’s investigation turns threatening that she realizes she’s closing in on the killer faster than she imagined.
Now that she’s being pushed toward the edge, Aloa fears that there’s nowhere to go but down.