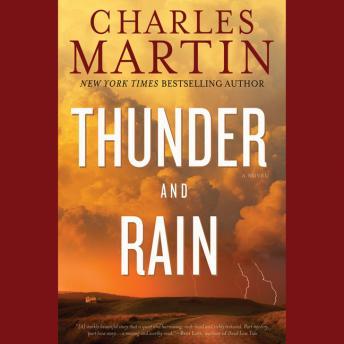 Thunder and Rain: A Novel

As a result of his hard exterior and lonely tendencies, Tyler Steele finds himself a single father alone in the world - until a stranger and her daughter show up and change his life.
Third generation Texas Ranger Tyler Steele is the last of a dying breed-- a modern day cowboy hero living in a world that doesn't quite understand his powerful sense of right and wrong and instinct to defend those who can't defend themselves. Despite his strong moral compass, Ty has trouble seeing his greatest weakness. His hard outer shell, the one essential to his work, made him incapable of forging the emotional connection his wife Andie so desperately needed.

Now retired, rasing their son Brodie on his own, and at risk of losing his ranch, Ty does not know how to rebuild from the rubble of his life. The answer comes in the form of Samantha and her daughter Hope, on the run from a seemingly inescapable situation. They are in danger, desperate, and alone. Though they are strangers, Ty knows he can help-- protecting the innocent is what he does best. As his relationship with Sam and Hope unfolds, Ty realizes he must confront his true weaknesses if he wants to become the man he needs to be.

Charles Martin is an amazing author.

Wow, Loved the book and the reader. Do not know the readers name. The book itself kept in interested from the beginning to the end. The end was a surprise! I really like the style of Charles Martin! Thanks for sharing!

This title is due for release on April 3, 2012
We'll send you an email as soon as it is available!