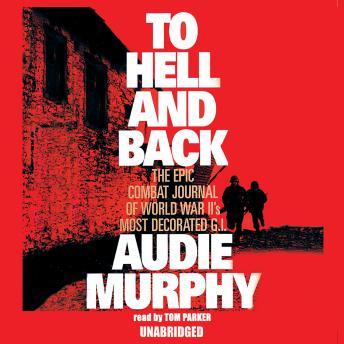 To Hell and Back

The time is 1943, the place is Sicily, and the event is the start of the most remarkable career of any American infantryman in the war. Audie Murphy was a desperately poor eighteen-year-old orphan when he joined the Army, nineteen when he first saw a buddy die from an enemy bullet and an enemy die from one of his own. By V-E day, he had killed at least 240 Germans, had single-handedly destroyed a German tank in one battle and held off six tanks in another, and had become the most decorated soldier in American history, winning every medal his country offered, including the Congressional Medal of Honor.
Instantly recognized for its grim authenticity and its unblinking accounts of some of the most terrible fighting in the war, To Hell and Back became a bestseller and, in 1955, the basis for one of the most successful World War II films ever made, with Murphy playing himself.

To Hell and Back

This title is due for release on June 22, 2005
We'll send you an email as soon as it is available!