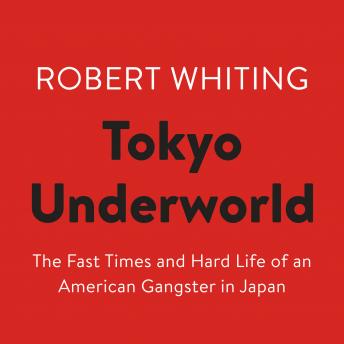 Tokyo Underworld: The Fast Times and Hard Life of an American Gangster in Japan

A riveting account of the role of Americans in the evolution of the Tokyo underworld in the years since 1945.

In the ashes of postwar Japan lay a gold mine for certain opportunistic, expatriate Americans.  Addicted to the volatile energy of Tokyo's freewheeling underworld, they formed ever-shifting but ever-profitable alliances with warring Japanese and Korean gangsters.  At the center of this world was Nick Zappetti, an ex-marine from New York City who arrived in Tokyo in 1945, and whose restaurant soon became the rage throughout the city and the chief watering hole for celebrities, diplomats, sports figures, and mobsters.

Tokyo Underworld chronicles the half-century rise and fall of the fortunes of Zappetti and his comrades, drawing parallels to the great shift of wealth from America to Japan in the late 1980s and the changes in Japanese society and U.S.-Japan relations that resulted.  In doing so, Whiting exposes Japan's extraordinary "underground empire": a web of powerful alliances among crime bosses, corporate chairmen, leading politicians, and public figures.  It is an amazing story told with a galvanizing blend of history and reportage.

Tokyo Underworld: The Fast Times and Hard Life of an American Gangster in Japan