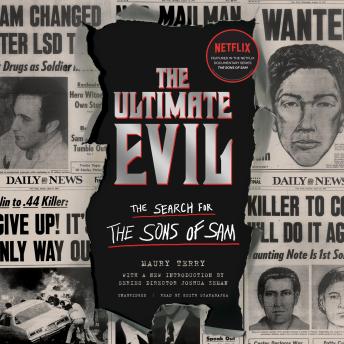 The Ultimate Evil: The Search for the Sons of Sam

On August 10, 1977, the NYPD arrested David Berkowitz for the Son of Sam murders that had terrorized New York City for over a year. Berkowitz confessed to shooting sixteen people and killing six with a .44 caliber Bulldog revolver, and the case was officially closed.

Journalist Maury Terry was suspicious of Berkowitz’s confession. Spurred by conflicting witness descriptions of the killer and by the Queens district attorney, who was convinced Berkowitz didn’t act alone, Terry spent decades researching, gathering evidence, and interviewing those involved in the case. He released his initial findings in the original publication of The Ultimate Evil in 1987, in which he presented his theory that Berkowitz was a member of the Process Church of the Final Judgment, a cult responsible for the Son of Sam murders, as well as other ritual murders across the country.

Taken together with The Ultimate Evil, which includes a new introduction by Zeman, these works reveal the stunning intersections of power, wealth, privilege, and evil in America—from the Summer of Sam until today.

This is one book I couldn’t wait for it to be finished it was so jumbling and confusing. I didn’t know which serial killer they were talking about..Berkowitz or Charles Manson and at the end I didn’t even care