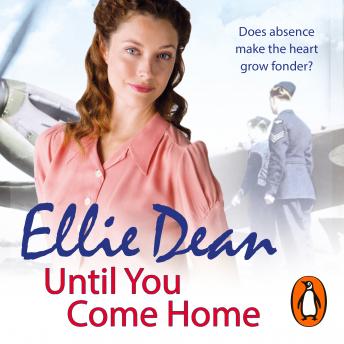 Until You Come Home: Cliffehaven 12

It is 1944 and Anne Black is making the best of a new life in Somerset, but bringing up her daughters so far from their father, her mother Peggy and their real home of Cliffehaven isn’t easy. The safety of Somerset makes separation bearable, until danger strikes and rocks Anne’s world.

Back in Cliffehaven Peggy Reilly is running the Beach View Boarding House with her usual love and warmth. The war is taking its toll however, and Peggy longs to have her scattered family home again. Until then she’ll continue being a mother to all, and maybe even find some time for herself.

As the fighter planes leave RAF Cliffe every evening all anyone can hope is that the war, like the night, will soon be over.

Until You Come Home: Cliffehaven 12