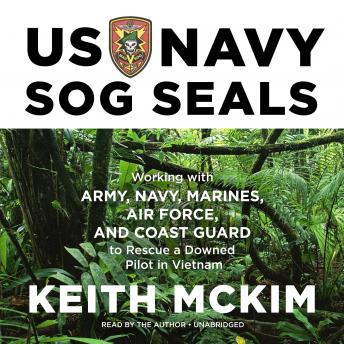 #2 of The MACV-SOG Medal of Honor Recipients Series

Based on the true stories of the two US Navy Seals operating behind enemy lines in Vietnam with the super top-secret unit MACV-SOG (Military Assistance Command Vietnam, Special Operations Group)

US Navy Seal Lieutenant Tom Norris, on three separate occasions over a four day period, with no sleep, went behind enemy lines to rescue two downed air force pilots. Using stealth tactics, he was able to get though or around hundreds of North Vietnamese to rescue one pilot. The second pilot—hungry, thirsty, and having lost forty pounds—was disoriented and unable to help in his rescue. Norris, with the help of one Vietnamese Seal, was able to safely bring the pilot back inside US lines.

Six months later, US Navy Seal Mike Thornton was on a top-secret mission with Lieutenant Norris behind enemy lines. Chinese junks dropped them off ten miles north of their target. After swimming to shore, the team conducted a recon mission but was discovered the following morning by North Vietnamese. Fighting their way to the South China Sea, they began swimming out to sea. All were wounded, but Thornton, himself wounded and using a breast stroke, was able to tow or push the whole team out to sea until they were rescued.

This was the first time in the history of the Medal of Honor that one recipient got the medal for rescuing another recipient—and each was able to witness the other’s ceremonies.