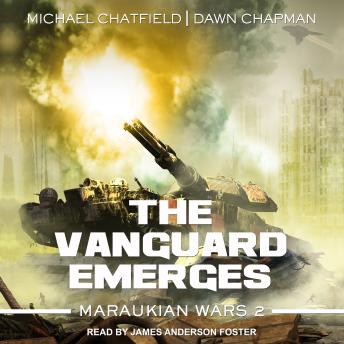 Earth and her colonies are not alone.

Politics, discussions, and alliances. Mark doesn't care about any of it. What does it matter when the artillery falls and blood is spilled?

All that matters is who stands beside you when blood is spilled and hell lies all around you.

'Centurion Victor' has a nice ring to it. Major Victor, Corporal Victor, Private Victor; his path has not been a short one. Brothers and sisters have fallen beside him, casualties of war. He thought Tyler and Alexis were just casualties of war, he accepted that.

Politics, discussions, and alliances killed them and should have killed him. Mark Victor is on a warpath, a path that leads to the top.

The secretive Roma Union has stepped forward. The warlike Maraukians are coming, and humanity must rally together or shatter into oblivion.

Alliances, position, power-when a Victor has your name and a blood debt to be paid, it will be paid.