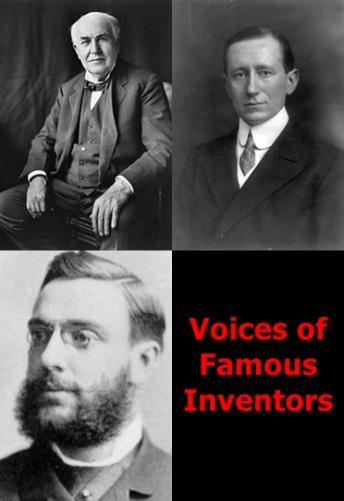 Thomas Alva Edison (February 11, 1847 - October 18, 1931) was an American inventor and businessman. He developed many devices that greatly influenced life around the world, including the phonograph, motion picture camera, and a long-lasting, practical electric light bulb. Dubbed "The Wizard of Menlo Park", he was one of the first inventors to apply the principles of mass production and large-scale teamwork to the process of invention, and because of that, he is often credited with the creation of the first industrial research laboratory. The following, from 1908, is a commemoration at the New York Electrical Show of the 50th anniversary of the first Atlantic cable. Thomas Augustus Watson (January 18, 1854 - December 13, 1934) was as a bookkeeper and a carpenter before becoming an assistant to Alexander Graham Bell, aiding in the the invention of the telephone in 1876. He is best known because his name was one of the first words spoken over the telephone. "Mr. Watson, come here, I want to see you," were the first words Bell said using the new invention, according to Bell's laboratory notebook. Guglielmo Marconi (25 April 1874 - 20 July 1937) was an Italian inventor, known for his pioneering work on long distance radio transmission and radio telegraph system. Marconi shared the 1909 Nobel Prize in Physics with Karl Ferdinand Braun "in recognition of their contributions to the development of wireless telegraphy". As an entrepreneur, businessman, and founder of the The Wireless Telegraph & Signal Company in Britain in 1897, Marconi succeeded in making a commercial success of radio by innovating and building on the work of previous experimenters and physicists. The following is from a talk he gave in 1935 about how he received the first transatlantic message by wireless telegraphy.

This title is due for release on January 13, 2016
We'll send you an email as soon as it is available!