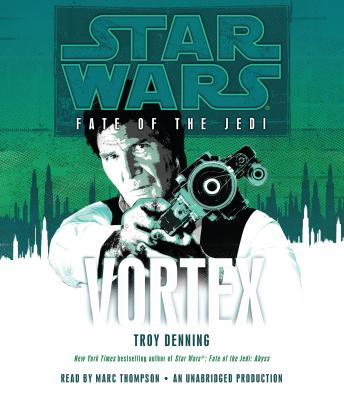 In a stunning turn of events, Luke Skywalker and his son, Ben, joined forces with members of the Sith armada sent to kill them—and turned their combined might against the monstrous being Abeloth. But with Abeloth gone, the Sith reverted to form, making a treacherous attempt on Luke’s life.

Luke and Ben have no time for retaliation. A new and even more insidious threat is rising. Unless the Skywalkers survive to sound the alarm the galaxy will suffer as it has never suffered before. But the reinforcements they need remain grounded on Coruscant, where the political battle of wills between the Jedi Council and Galactic Alliance Chief of State Natasi Daala has reached a boiling point.

Now Luke and Ben must go on the run, taking along the inscrutable—and dangerous—Sith apprentice Vestara Khai. With a host of Sith warriors in hot pursuit, the Skywalkers soon find themselves trapped on the moon Pydyr, caught between their former allies and a mob of angry Fallanassi. A new truce may be their only hope.

Edge of my seat

This title is due for release on November 30, 2010
We'll send you an email as soon as it is available!