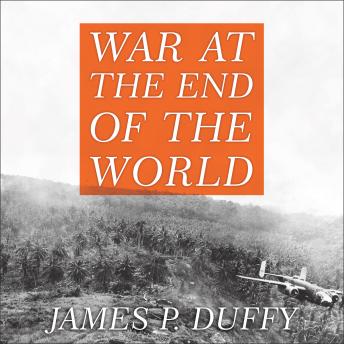 War at the End of the World: Douglas MacArthur and the Forgotten Fight for New Guinea 1942-1945

One American soldier called it 'a green hell on earth.' Monsoon-soaked wilderness, debilitating heat, impassable mountains, torrential rivers, and disease-infested swamps-New Guinea was a battleground far more deadly than the most fanatical of enemy troops. Japanese forces numbering some 600,000 men began landing in January 1942, determined to seize the island as a cornerstone of the Empire's strategy to knock Australia out of the war. Allied commander-in-chief General Douglas MacArthur committed 340,000 Americans, as well as tens of thousands of Australian, Dutch, and New Guinean troops, to retake New Guinea at all costs.
In this gripping narrative, historian James P. Duffy chronicles the most ruthless combat of the Pacific War, a fight complicated by rampant tropical disease, violent rainstorms, and unforgiving terrain that punished both Axis and Allied forces alike. Drawing on primary sources, War at the End of the World fills in a crucial gap in the history of World War II while offering listeners a narrative of the first rank.