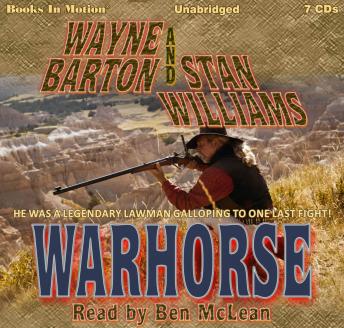 Warhorse-named because of the retired warhorse who still gallops to the sound of the guns. When Marshal Tom Sturdivant unpinned his badge, he meant to lay down the gun that had made him famous and retire to his Wyoming ranch. Then a violent incident in Lodestone (Note: an imaginary chunk of the Eastern slope of Colorado) gave him a score to settle and one more job to do-a job that would bring him face to face with A. J. Adler, the notorious gunman who'd stolen his woman so long ago. For thirty years, they'd circled each other warily, waiting for a last showdown. Now they were two hired gunfighters on opposite sides of a feud, and the time had finally come to see which wore the faster gun.

This title is due for release on April 6, 2020
We'll send you an email as soon as it is available!