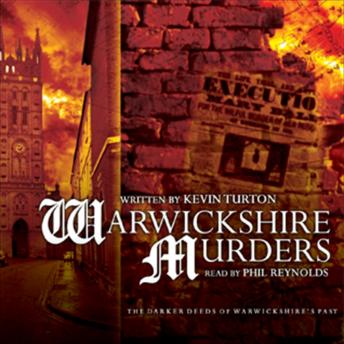 Warwickshire has seen its fair share of murder down the centuries. This latest collection explores notorious crimes from the nineteenth and early twentieth centuries, using contemporary documents; trial transcripts and newspaper accounts to examine cases that gripped both the county and the nation.

Warwickshire Murders is a powerful and fascinating reappraisal of some of the most brutal and gruesome killings in the country's history. Among the stories included is the case of Edwin James Moore, who set fire to his murder after an argument over supper at Leamington Spa in 1907, the Coventry bombing in 1939, for which two men were executed in February 1940, and the case of Thomas Ball, who was poisoned by his wife in 1848.

She was later tried and executed in Coventry and was the last woman to be executed in public. From Warwick to Rugby, Coventry to Nuneaton and Stratford to Leamington Spa, Warwickshire Murders is a unique re-examination of the darker side of the county's past and is sure to be a must-listen for true crime enthusiasts everywhere.