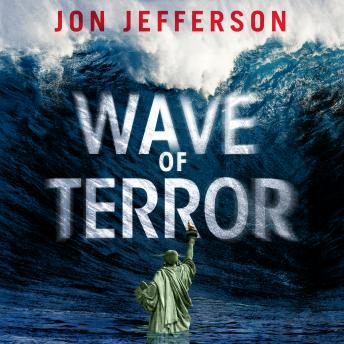 An unthinkable terrorist plot: The earth is shaking. The clock is ticking.

Astronomer Megan O’Malley sees things on a cosmic scale—hidden planets, colliding galaxies, imploding stars deep in the universe. But this time, she’s sensing something much closer to home. And she can feel it underfoot, too: explosive seismic shifts along a geologic fault line that could unleash an apocalyptic disaster. O’Malley also discovers something even more terrifying: the cataclysm is intentional. Someone is determined to trigger a mega tsunami.

FBI Special Agent Chip Dawtry is a big-picture guy, too. He lost his brother on 9/11, and ever since, he’s focused on preventing the next massive terrorist attack. Now, it isn’t hypothetical—it’s unfolding fast. But only he and O’Malley see the peril.

When O’Malley vanishes, Dawtry races to find her. It’s up to them to stop a 150-foot wall of water ready to roil—and wipe out America’s Eastern Seaboard. Each new terrifying rumble means it may be too late.