The Way It Is Now 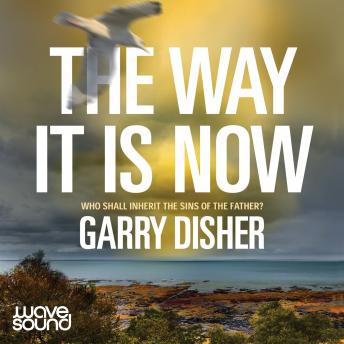 From one of Australia's most loved and celebrated crime writers, the multiple award-winning Garry Disher.

Twenty years ago Charlie Deravin's mother went missing near the family beach shack- believed murdered; body never found. His father has lived under a cloud of suspicion ever since.

Now Charlie's back living in the shack in Menlo Beach, on disciplinary leave from his job with the police sex-crimes unit, and permanent leave from his marriage. After two decades worrying away at the mystery of his mother's disappearance, he's run out of leads.

Then the skeletal remains of two people are found in the excavation of a new building site-and the past comes crashing in on Charlie.

The Way It Is Now is the enthralling new novel from Garry Disher, one of Australia's most loved and celebrated crime writers.

'Disher is one of this country's finest writers.' TONY BIRCH

'Disher is the gold standard for rural noir.' CHRIS HAMMER

'A giant not only of crime fiction but of Australian letters.' NED KELLY AWARDS

Way It Is Now