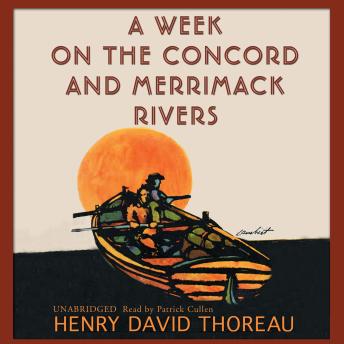 A Week on the Concord and Merrimack Rivers

In 1839, two years after graduating from Harvard, Henry David Thoreau and his older brother, John, took a boat-and-hiking trip from Concord, Massachusetts, to the White Mountains of New Hampshire. After John's sudden death in 1842, Thoreau began to prepare a memorial account of their excursion during his stay at Walden Pond. Modern readers have come to see Thoreau's story of the river journey as an appropriate predecessor to Walden, depicting the early years of his spiritual and artistic growth.

"Just as the current of the stream bears along the boat with Thoreau and his brother, so the current of ideas in his mind bears along the reader by evoking the joy and nostalgia that Thoreau feels for those lost, golden days. As Thoreau says, human life is very much like a river running always downward to the sea, and in this book we enter for a moment the flow of Thoreau's unique existence."-Masterplots

Week on the Concord and Merrimack Rivers