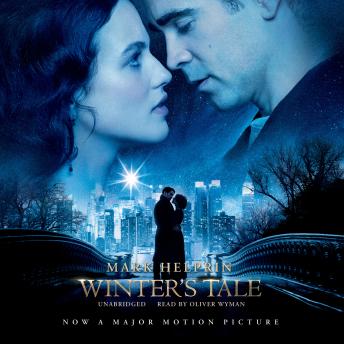 A #1 New York Times Bestseller: Mark Helprin’s masterpiece transports you to New York of the Belle Epoque, to a city clarified by a siege of unprecedented snows…

This is a book about the beauty and complexity of the human soul, about God, love, and justice, and yet you can lose yourself in it as if it were a dream. You will be transported to New York of the Belle Epoque, to a city clarified by a siege of unprecedented winters. One night, Peter Lake—orphan, master-mechanic, and master second-story man—attempts to rob a fortress-like mansion on the Upper West Side. Though he thinks the house is empty, the daughter of the house is home. Thus begins the affair between the middle-aged Irish burglar and Beverly Penn, a young girl who is dying. Because of a love that at first he cannot fully understand, Peter, a simple and uneducated man, will be driven 'to stop time and bring back the dead.' His great struggle, in a city ever alight with its own energy and beset by winter, is a truly beautiful and extraordinary story.

I never read a book twice. I read Winter's Tale four times, and decided to have it read to me for the fifth. If you watched the travesty of a movie and are expecting the same tripe between these pages you won't find it. The movie takes 1/10 of this story and does a sad hatchet job of by far one of the best books I've ever had the immense pleasure of reading. people who complain about the rambling and the confusing jumps between the main character Peter Lake and other seemingly unnecessary characters and chapters didn't get this amazing story. This is a book that is on the surface an incredibly rich and engrossing story, but when you reach the end you have an "Aha" moment that sheds a golden light on events throughout the book that re-colors the story and adds a deeper dimension to all that transpired, making you go back and seeing key elements anew and from a higher perspective. No book has made me laugh so hard, cry so bitterly, and love every character - especially the one you're supposed to hate. This is not a quick, light read like a McDonald's cheeseburger. This is a seven course meal of some of the best food you'll ever eat, and it will keep you fed for long after you put it down. Whatever you do, don't watch the movie. It's like seeing a very poor sketch rendered by a blind person on toilet paper and being told it's the Mona Lisa.

There was not enough dialogue. There was just narration.

Interesting story and plot that gets bogged down by overly flowery descriptions that often seem to go on far too long. Found myself day-dreaming until descriptive passages gave way to character and plot again.

Boring, long winded, I don't know how they made a movie from a 26 hour audio book.

This title is due for release on March 18, 2008
We'll send you an email as soon as it is available!