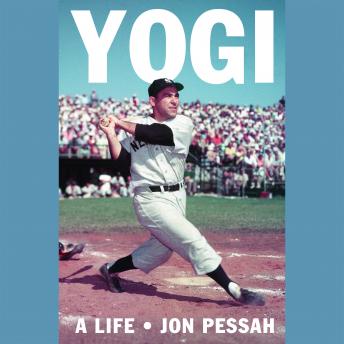 Yogi: A Life Behind the Mask

The definitive biography of Yogi Berra, the New York Yankees icon, winner of 10 World Series championships, and the most-quoted player in baseball historyLawrence 'Yogi' Berra was never supposed to become a major league ballplayer. That's what his immigrant father told him. That's what Branch Rickey told him, too-right to Berra's face, in fact. Even the lowly St. Louis Browns of his youth said he'd never make it in the big leagues. Yet baseball was his lifeblood. It was the only thing he ever cared about. Heck, it was the only thing he ever thought about. Berra couldn't allow a constant stream of ridicule about his appearance, taunts about his speech, and scorn about his perceived lack of intelligence to keep him from becoming one of the best to ever play the game-at a position requiring the very skills he was told he did not have.Drawing on more than one hundred interviews and four years of reporting, Jon Pessah delivers a transformational portrait of how Berra handled his hard-earned success-on and off the playing field-as well as his failures; how the man who insisted 'I really didn't say everything I said!' nonetheless shaped decades of America's culture; and how Berra's humility and grace redefined what it truly means to be a star. Overshadowed on the field by Joe DiMaggio early in his career and later by a youthful Mickey Mantle, Berra emerges as not only the best loved Yankee but one of the most appealingly simple, innately complex, and universally admired men in all of America.

Yogi: A Life Behind the Mask