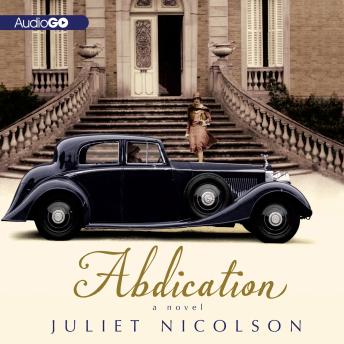 England, 1936. The year began with the death of a beloved king and the ascension of a charismatic young monarch, sympathetic to the needs of the working class, glamorous, and single. By year's end, the world would be stunned as it witnessed that new leader give up his throne in the name of love, just as the unrest and violence that would result in a second World War were becoming impossible to ignore. In pitch-perfect prose, Juliet Nicolson has captured an era in which duty and pleasure, tradition and novelty, and order and chaos all battled for supremacy in the hearts and minds of king and commoner alike. As addictive as Downton Abbey, Abdication is a breathtaking story inspired by a love affair that shook the world.

This title is due for release on September 1, 2012
We'll send you an email as soon as it is available!