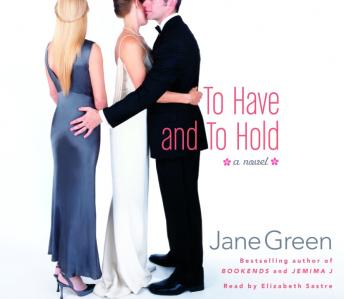 To Have and to Hold: A Novel

When Alice's wealthy—and much coveted—teenage crush, Joe, asks her to marry him, she is prepared to trade in her dream of a cottage filled with children, animals and home-cooked meals for what he has in mind for her: stilettos, blond highlights, and a diet. She tells herself that she's happy to sacrifice for love, especially when every woman in London would like to be in her shoes. But when her cheating Prince Charming is forced to relocate to New York as a result of an indiscretion with a female colleague, Alice feels her life spinning out of control. But soon enough, she finds herself renovating a country house in Connecticut—and in the process rediscovering herself. Friends, fresh air, and her best friend's boyfriend offer her a glimpse of a life—and love—she always wanted. But can she break Joe's spell?

'A sparkling morality tale that points the finger at bad boys and low-rent romance.'—The Independent, U.K.

To Have and to Hold: A Novel

This title is due for release on February 13, 2004
We'll send you an email as soon as it is available!